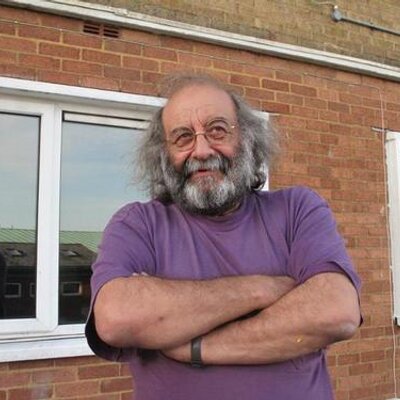 An East London native, and former Fleet Street photographer, Stuart Goodman was brought up on a Hackney council estate, and had lived in Broadway Market and been a shop keeper there for 6 months before photographing it for the first time…

Stuart’s two great passions in life were photography and music. He was a talented Jazz trumpeter, who played in an early incarnation of the National Youth Jazz Orchestra. Combining these two passions resulted in his first published picture, one of the NYJO in rehearsal.

After a decade of uncertainty with Broadway Market, the GLC proposed to demolish it altogether. Two young shopkeepers, Stuart Goodman and Stephen Selby, recognised the potential of their surroundings and arranged to meet GLC chief Norman Brookes-Partridge at County Hall, to make a case for saving the market. These two set up the Broadway Market Action Group and organised a carnival with decorated floats and drum majorettes and were pivotal in the success of the thriving market it is today.

One Saturday in 82 on Broadway Market

Although the great Stuart Goodman passed away on the 2nd of April, 2020, his memory lives on through his work. He is dearly missed by all of the OWN IT! family.