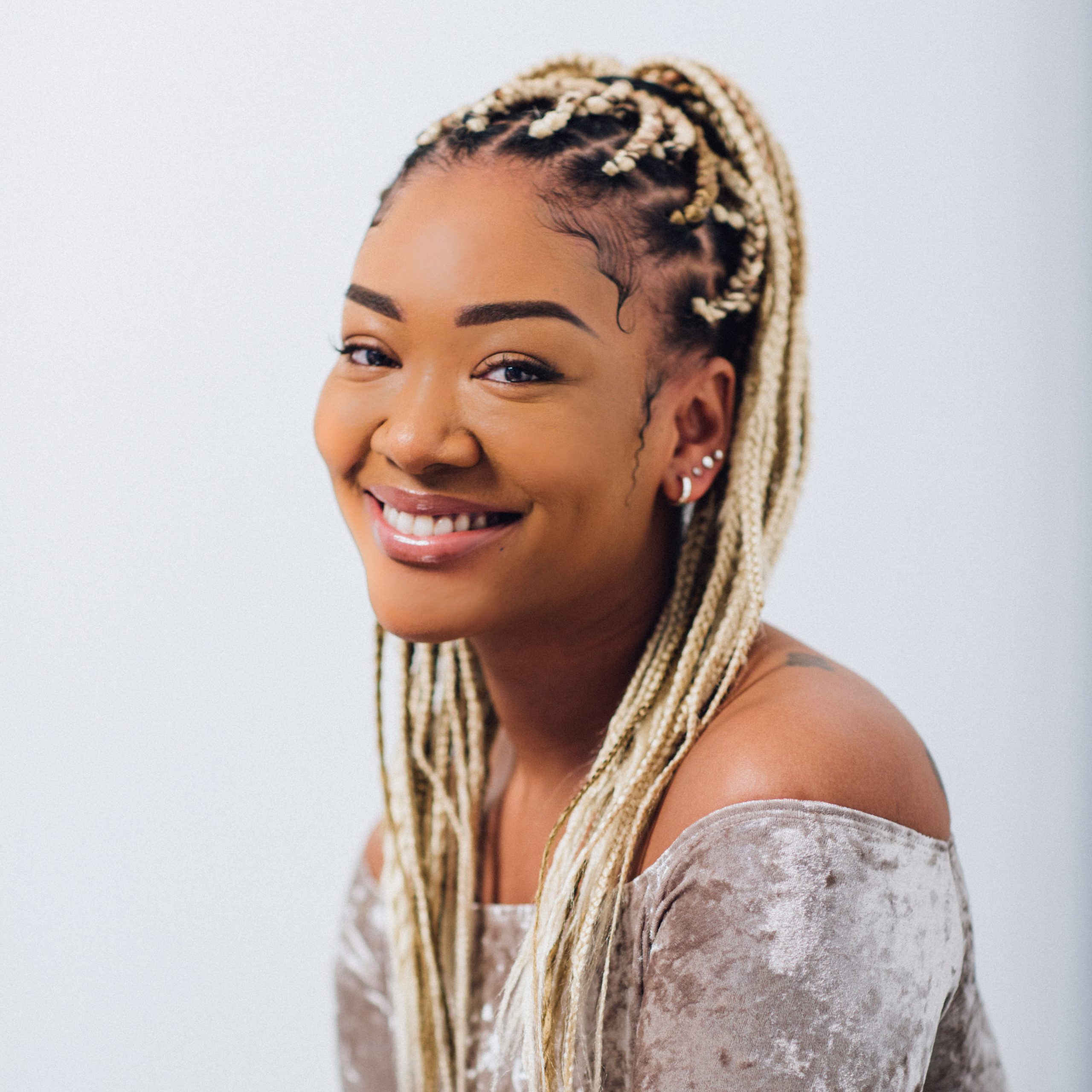 Sian Anderson is a media powerhouse. As well as running Saint Music – her own Record Label alongside Parlophone Records, Sian also holds down a daytime presenter/DJ slot on BBC Radio 1Xtra (Friday and Saturday 4-7pm) and a specialist show (Monday nights 9-11pm), runs youth mentoring programme Nexxt Step supported by the Mayor of London and has released her debut cookbook Sian And(her)Son.

Raised in Lewisham, South London, Sian stayed in school until her A-Levels where she simultaneously began to pursue a career in the media – particularly grime music and entertainment. Sian fell into grime early on, sparring with friends in the playground over ripped Wiley and Ruff Sqwad instrumentals. Her love for the sound was passed on from her older brother who would, every night, crank his speakers to full volume and blare garage, jungle and drum and bass sets that would shake the ceiling above Sian’s room. When (at Live Magazine) she began to interview artists such as Nu Brand Flexxx and Kano, she soon realised that the life of an MC was not for her. She much preferred talking and writing about the music. It was at this point that she and best friend Julie Adenuga pulled together and decided to send a pilot into underground radio station Rinse FM. The demo, recorded on Julie’s iPhone, would never be heard by Rinse’s higher-ups, but, as is the way of the world, Rinse would eventually get in touch with the pair anyway, offering them a show on the station, Sundays at 11am.

During her time at Rinse FM her love for grime grew and, weekly the girls would interview the hottest crews from across the scene, including Boy Better Know, Newham Generals and OG’z. From there further involvement with grime was inevitable. Her next break came when she presented ‘Topman CTRL’ on Channel 4, a programme centred on exploring the women involved in the growing scene, and was one that laid grounding for wider opportunities in the music industry.

In 2015 Sian hit the national airwaves and landed a slot on BBC Radio 1Xtra. On-air every Wednesday night, her three-hour show stood resolutely as the only exclusively-grime platform on the BBC 1Xtra Network and, with a weekly set and a revolving door of exciting guest MC’s, serves to capture the sound at its essence. She followed up on her new show later that year, presenting the televised BBC Grime Proms, before holding her own grime symphony at the iconic Maida Vale. In 2016 her show was described as “One of the finest shows in U.K Radio” by CLASH Magazine and her presenter skills led her to document grime photography for BBC 3’s Beyond The Music and feature in a three-part documentary on grime and Hip Hop for 4 Music, The Box and Kiss. As a DJ that year she debuted at Glastonbury with a DJ set back to back with Madam X, played sets at legendary U.K. clubs Fabric, and Studio 338, represented Noisey for a second year at Fresh Island Festival in Croatia, played twice for Warehouse Project 2016 and supported Royal T at Nottinghams Stealth. As a journalist Sian was freelance for a handful of well-respected publications including The Fader, i-D Magazine, Red Bull and Noisey (Vice).

Sian then took a year out then to focus on motherhood, coming back to business in 2017 as she became the first female DJ to present drive on the network with her current 16:00 – 19:00 show on BBC Radio 1Xtra and played at festivals Lovebox, Creamfields, SXSW and Ibiza Rocks to name a few. Sian also shifted her attention to mentoring and launched FLOOR SIXX Music Academy, mentoring 40 kids across 10 weeks finishing with a huge event at London Roundhouse.

The following year, Sian was contacted by City Hall as the Mayor of London, Sadiq Khan had seen her FLOOX SIXX project and wanted to replicate it with a twist. Sian then launched NEXXT STEP; Women In Music and ran a mentoring programme for 10 artists, supported by the Mayor’s office.