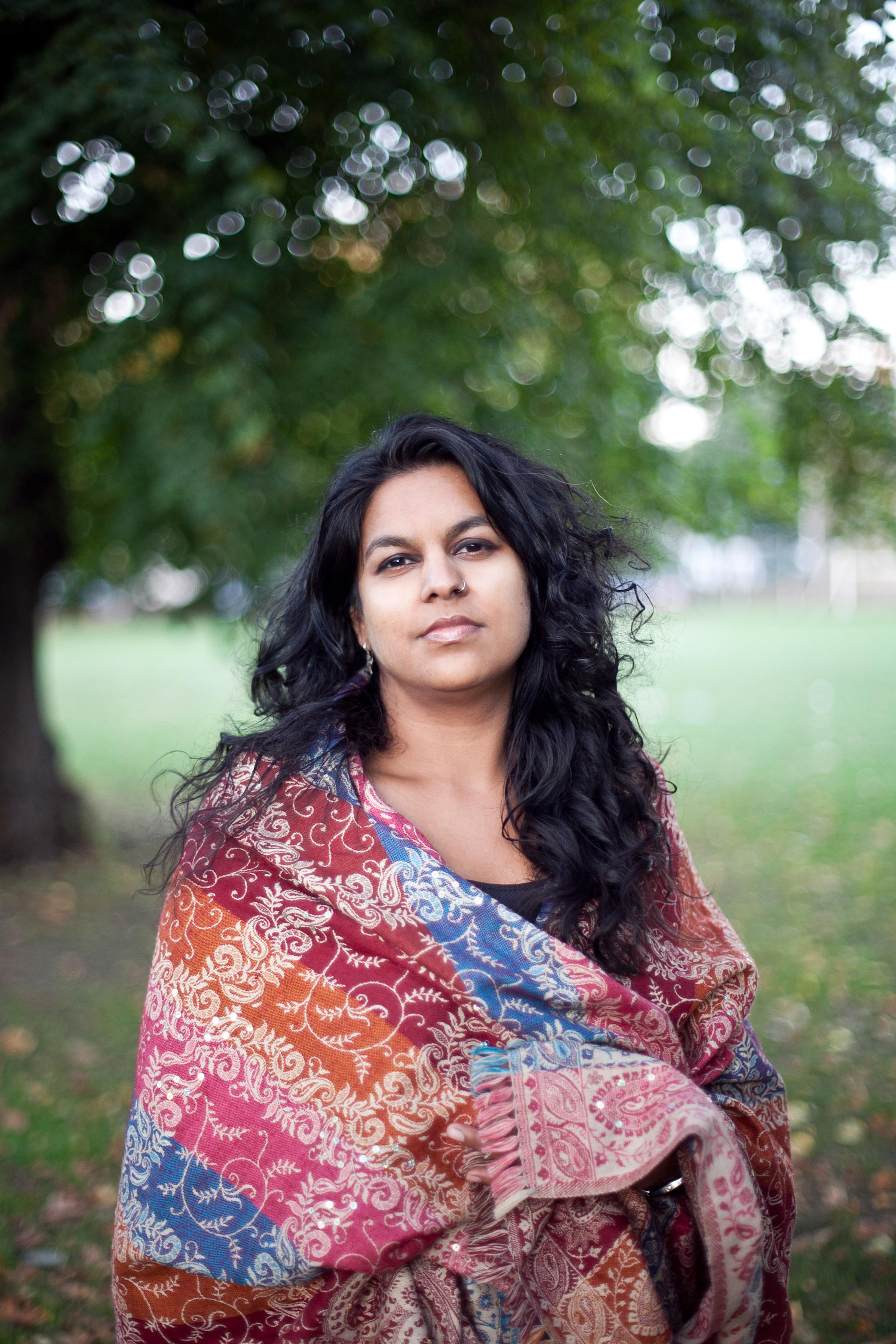 Sharmila is a screenwriter, playwright and prose writer: Her work is often a transgressive meditation on love, sex and an exploration of the diasporic experience. She is particularly interested in the intersection of sex, power and gender.

Her plays include: The Husbands (an exploration of polyandry and matriarchy in India) which toured nationally and completed its run at London’s Soho theatre (Kali and Pentabus Theatre), Born Again/Purnajanam (Southwark Playhouse (exploring class, religion and female power), Kali Theatre, Jan 2012) and well as 10 Women (body image and women with Bethan Dear, Avignon Festival, France, 2014)).

Shortlisted for the Asian New Writer award (2009 and 2012), Sharmila’s short stories have been published widely in print and online. She is also currently working on her novel: En-Circle.

Sharmila also has a degree in pharmacy and a PhD in clinical pharmacology from University College London. She lives in London with her husband, children and cat Tashi. www.sharmilathewriter.com

We represent Sharmila for literary, film and TV rights. To speak about any of these please email [email protected].