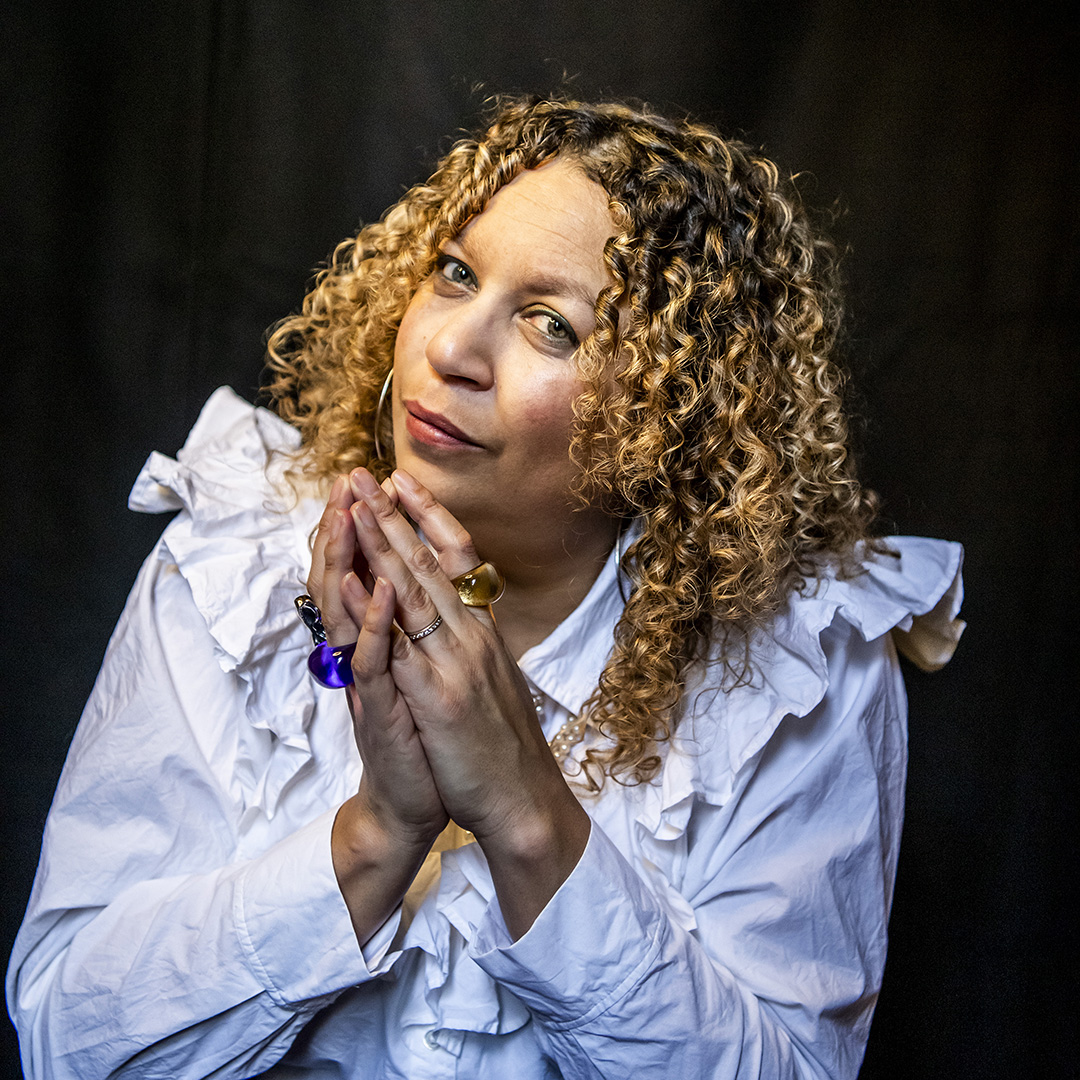 Salena Godden FRSL is an award-winning author, memoirist, essayist, poet and broadcaster of Jamaican heritage based in London. In 2021 Canongate published her highly acclaimed debut novel Mrs Death Misses Death. It is the winner of The Indie Book Award for fiction and The Peoples Book Prize 2022 and shortlisted for the Gordon Burn Prize, The Nibbies, British Book Awards Book Of The Year Fiction Debut, The Bad Form Book Of The Year shortlist and it featured in the Guardian books of the year list 2021.

Mrs Death Misses Death has been described by the publisher as “intoxicating and life-affirming” and in The Bookseller as “original, exuberant … truly one of a kind.” Film and TV rights to this work have been taken by Idris Elba and Green Door Pictures. Commenting on the deal, Idris Elba said: “Mrs Death Misses Death feels like an instant classic, with an intoxicating story that crosses time and continents. I was immediately drawn to Salena’s writing and am humbled and excited to have the opportunity to bring her brilliant words to life on screen.”

Salena Godden’s work has been widely anthologised and broadcast on BBC radio and TV. Her essay Shade was published in groundbreaking and award-wining anthology The Good Immigrant (Unbound). A short-story Blue Cornflowers was shortlisted for the 4th Estate and Guardian short story prize 2016. She has had several volumes of poetry published including Under The Pier (Nasty Little Press) Fishing in the Aftermath: Poems 1994-2014 (Burning Eye Books) Pessimism is for Lightweights – 13 Pieces of Courage and Resistance (Rough Trade Books) and also a literary childhood memoir, Springfield Road (Unbound). She has produced four studio albums to date. Her solo poetry album LIVEwire (Nymphs and Thugs) was shortlisted for The Ted Hughes Prize 2017. The Royal Society of Literature elected Godden as fellow FRSL in November 2020, she was inducted in July 2022. Her poem Pessimism is for Lightweights is on permanent display at The Peoples History Museum, Manchester.

We represent Salena for literary, film and TV rights. To speak to us about these please email AGENCY@OWNIT.LONDON