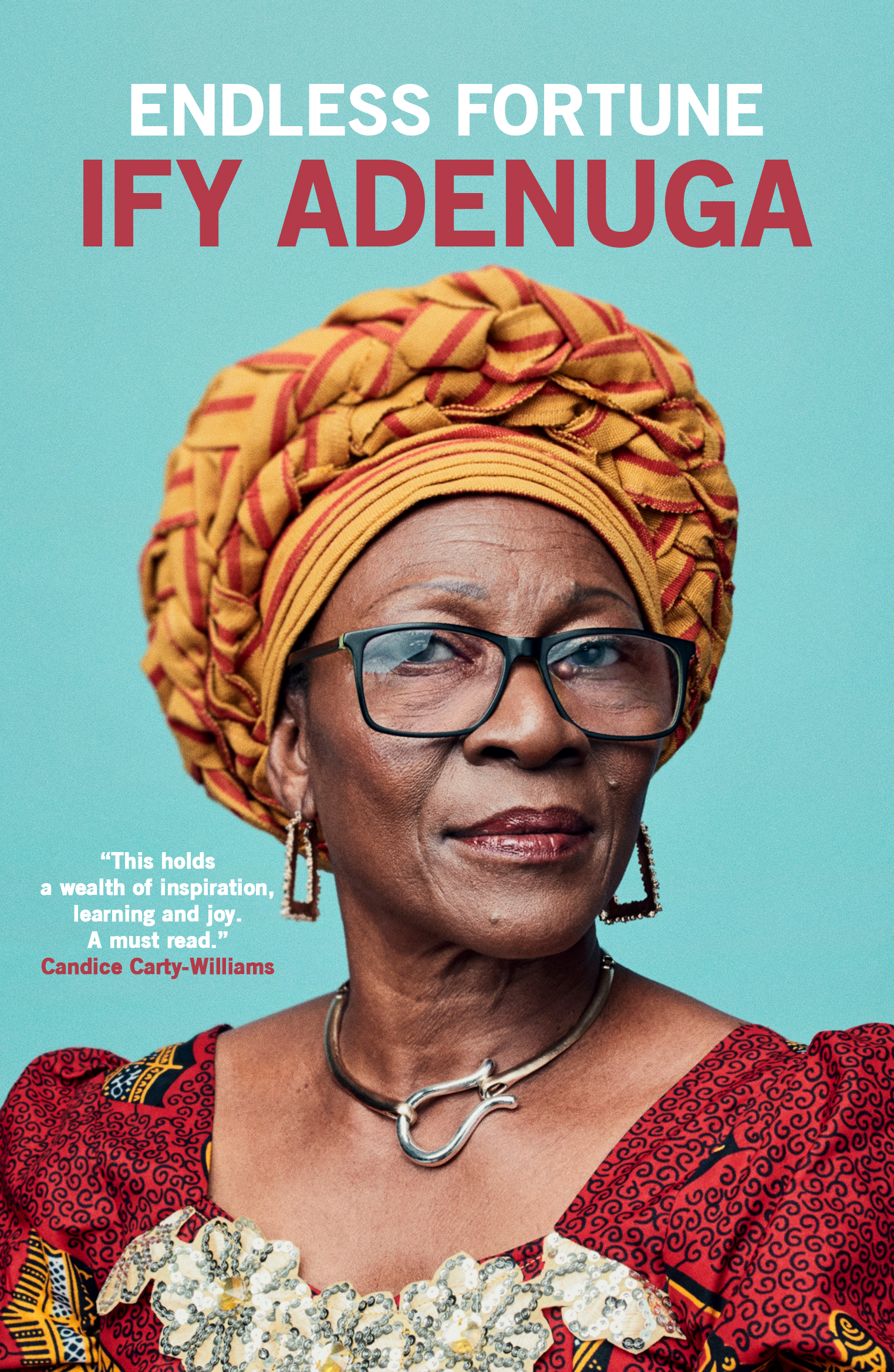 How do you go from being a penniless student in a foreign country to becoming the mother of four of the most successful creatives working in Great Britain today?

Part historical, part political but most of all hugely inspirational, Endless Fortune tells the life story of Ify Adenuga: a fighter, a thinker, a feminist and a parent. Ify is born in Lagos as one of 11 Igbo children before the family uprooted during the punishing civil war. In 1980, she exchanges the war-torn city of Lagos for the strange streets of London. There, Ify has to start a new life as a working-class immigrant and student in an environment far removed from her own in a city brimming with hostility. A year later, she meets her husband, a Yoruba, at a bingo hall in east London where they are both working as illegal immigrants. After the birth of their first son, the couple return to education before setting up their own businesses. In the tough working-class area of Tottenham, they raise their highly creative children and encourage them to explore their artistic instincts, narrowly avoiding a violent situation that threatens to tear the family apart…

As the first book of its kind from the mother of successful British creatives to examine the experience of the African diaspora and the complications around immigration from a personal perspective, ENDLESS FORTUNE is a timely addition to the ongoing conversation around migration politics and immigration in the UK. With Ify Adenuga at the very heart of the story, it explores the chasm between Lagos and London and how to not only survive but thrive in a new culture and country. For those who are fans of the Adenuga family, the book is also a fascinating insight into their childhood and growing up as part of a new generation of young, black, British people whose voices are still rarely heard.

The formidably impressive Ifeomagwu “Ify” Adenuga is married to Joseph Senior Adenuga and mother of Joseph Junior (Skepta), Jamie (JME), Julie and Jason Adenuga. After moving to London from Lagos in 1980, she went on to receive a BA (Hons) in Education & Film studies. Ify has not only raised her own family but continues to work with organisations across the UK and Nigeria to guide and support young people and help them lead independent lives in safe communities. In 2016, she received recognition as an ICON at C. Hub magazine’s prestigious Creativity and Arts Awards which recognises excellence in creativity, leadership and entrepreneurship.