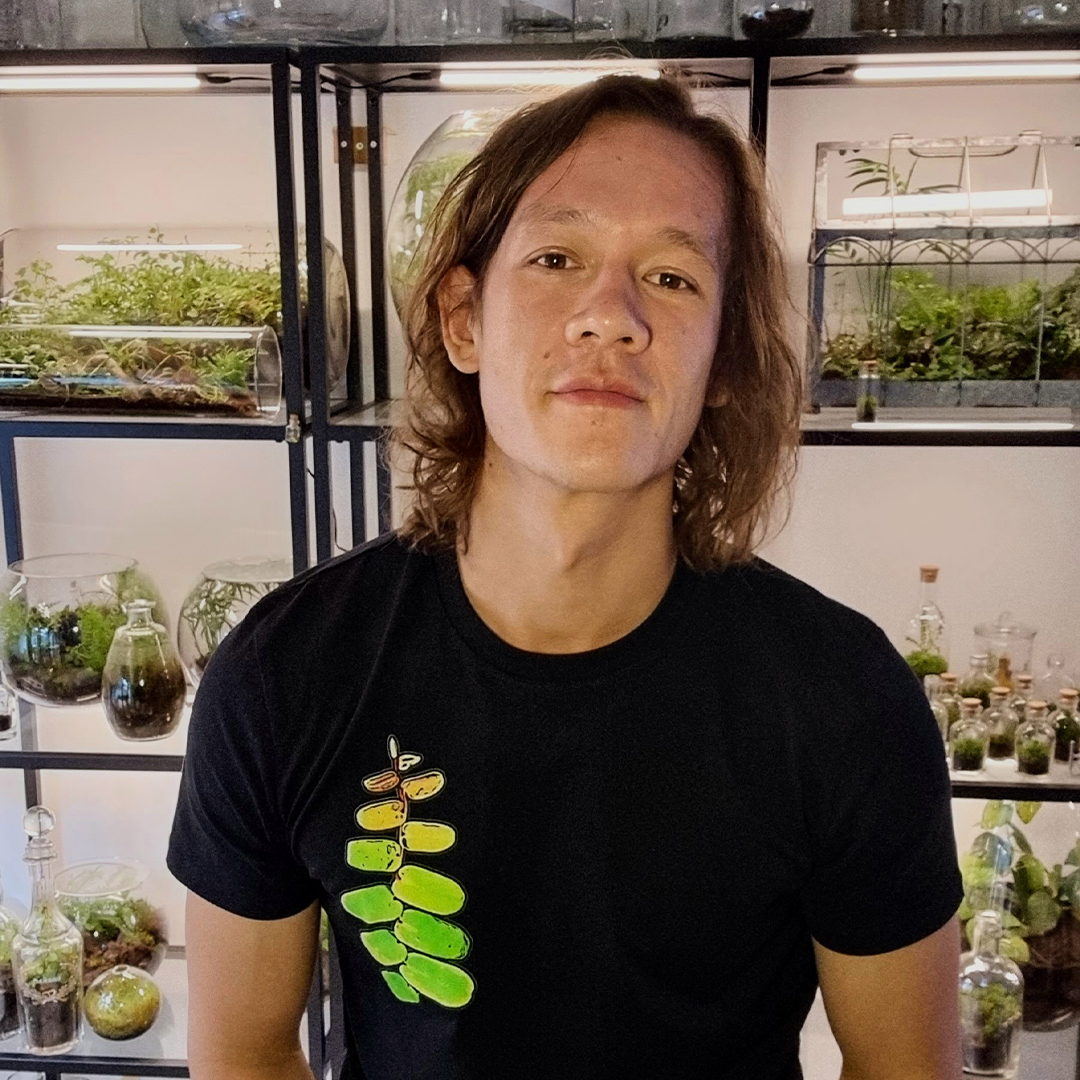 As a content creator and influencer, he has established himself as a leading figure in the field of terrarium building, amassing a total of 1.5 million followers across his social platforms. Ben has become well known for his short form video content, with his videos totalling hundreds of millions of views.

As a public speaker, Ben has delivered demos and workshops across the UK including The RHS Chelsea Flower Show, Great Ormond Street Hospital, Greenrooms Market and the Colwall and Wyche Horticultural Society. Most recently, Ben has continued his work with Great Ormond Street Hospital where he hosted 21 demos and workshops as part of their involvement in the 2022 Bloomsbury Festival.

His work has attracted interest from local and national press, including being featured in The Spruce magazine, The Week Junior, Encyclopaedia Britannica, BBC News, Worcester News, UNILAD, LADbible and social media giants Buzzfeed where he created a series of educational videos for their platform.

Most notably, Ben won a gold medal at the RHS Chelsea Flower Show 2022 with The Plant Clinic (https://www.houseplantclinic.com) and has been nominated for the Garden Media Guild Social Media Communicator of the Year Award 2022.