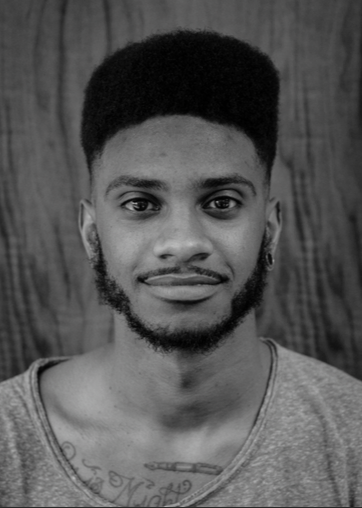 My debut novel The 392 is set to be released on 25th April 2019 and I have never been more excited in my entire life. Getting this book published, after working on it for over four years, is unquestionably a dream come true.

The 392 is a literary novel set entirely on a single-decker London bus; a fictional route starting from Hoxton in Hackney to Highbury in Islington – places which represent where I grew up, to where I lived until very recently. Much of the narrative focuses on the unease a suspicious passenger is causing by standing at the front of this bus and is told from the other passengers’ perspectives, and the driver herself, over a period of just thirty-six minutes. At its core the novel is about fear of ‘the other’, the allusion of terrorism, the spread of gentrification, urbanity, love, grief, justice and family.

The story has grown immeasurably since I first noticed a fashionable female bus driver in Islington in 2014. As I often still do, I immediately wrote a few lines about her on my phone. In fact, the bulk of my first draft of what is now The 392 started life using the ‘Notes’ app on my iPhone; a method I still use to write as I love the immediacy of scribing what I see and hear around me within seconds of experiencing them – it’s also convenient when a random idea flitters into your tired brain at an ungodly hour in the middle of the night.

Armed with a central character, the original idea was to write a novel from the single-perspective of this trendy bus driver driving a new route from Hoxton to Clapton, my first working title, the unoriginally named: Journey to the Centre of Clapton. I knew I wanted to openly describe the impact of gentrification in Hackney, but I certainly didn’t have a story, not even close to one. As I often did during my spell as a secondary school English teacher, I used the lines I’d written about this bus driver – with details of her floral headwrap and jangly gold earrings, to my top-set Year 9 class to analyse as part of a starter activity. Their response was underwhelming, and justifiably so, it wasn’t very good. There was work to do.

In 2015, for the second time, I applied to do my Masters in Creative Writing at City University, London. The first, out of desperation mainly, was during my last year of my BA because like many of my peers, I wasn’t sure what I wanted to do after graduating. I had been regularly writing poetry and the odd short story throughout my late-teens and university years, but fancied the challenge of writing something more substantial. I was unsurprisingly rejected by City following interview but on my second go, three years later – better equipped with half an idea and some much-needed life experience, I was subsequently offered a place to study on the MA Creative Writing and Publishing programme part time.

Obviously doing a MA in Creative Writing isn’t for every aspirational author – it’s a huge financial commitment, in fact I’ll be paying mine off for a few years to come, but I have absolutely zero regrets in enrolling. Without explicitly knowing it, my writing improved considerably over a relatively short period, and the healthy mix of larger lectures and intimate workshops in the first year really pushed me and my writing to new and interesting places. I owe a lot to my wonderful tutors and mentors at City, namely Clare Allan, Julie Wheelwright and Jeremy Page who critiqued my work over those two years with such impressive authorial expertise.

Still a full-time teacher at this time, I was too time-poor to complete the weekly MA homework activities and simultaneously work on the novel about the bus driver, so I amalgamated the workload. The challenge to write a modern Cinderella story become what is now Natalie’s opening chapter in The 392. The challenge to write about a character walking down an unknown street became Juan Carlos’ story. The task to write about a blind character became Ray’s and so on. This trick, unbeknown to many, meant on a weekly basis my novel was being added to and gradually beginning to take shape. Three years in the making at this point, the title of my bus book was called Journey – the name I’d given to the bus driver at the centre of the story, and now it had characters, voices, dynamism and an identifiable sense of story.

After two years at City, my part-time MA study was coming to an end. The final submission was my Major Project dissertation piece made up of a 15,000-word version of my bus story. It would be months before I would find out my overall result but I was just relieved to have made it through to the end, as being unable to attend daytime lectures in the second year because of a new job in a new school, this looked highly unlikely.

In the week following the launch of the City Voice 2017 anthology – a publication made up of short stories or opening chapters from our work-in-progresses, I had a number of emails from interested agents requesting the full manuscript. It was totally unexpected and totally exciting. Unfortunately though, I didn’t have a full manuscript to send them, the word count sat at a measly 20,000. Nonetheless, buoyed by their interest, I had meetings with these agents anyway, reassuring them that although my story was somewhat short of a publishable length at that moment, I had it in me to finish in six months or so. They seemed encouraged but sensibly most wanted to wait until it was done before taking me on. Not that it mattered too much as I knew who I wanted to represent me anyway and she was willing to take a punt on me straight away. She was complimentary, warm, passionate, a visionary and evidently loved my little story. And so, just weeks after completing my MA, with less than half a manuscript, I had myself a literary agent.

After signing with Philippa Sitters and DGA in October 2017, I remember thinking what now? Did having an agent guarantee publication? Would a publisher be interested immediately? Naively, a big part of me thought publication was now a certainty. This is obviously very far from the truth, but at the very least I had something to aim for. I would come home from work, tired, eat and then write till the early hours of the morning to reach my 60,000-word target. By mid-December I had done it, a first full draft was complete. It was a terrible first draft but a first draft nonetheless.

After the relative quiet of Christmas, the start of the new year marked the first of a flurry of back-and-forth exchanges of my manuscript between Philippa and I. With her help, the novel grew stronger – and less terrible. It was around May 2018, while the manuscript felt more-or-less ready to go out for submission, that Journey finally became The 392. A title paying homage to my fascination with London buses.

With my story out in the world, every minute it seemed I would check my emails for news. Interest in my work did intensify following some Twitter exposure after being shortlisted for Penguin’s #WriteNow mentoring scheme. Responses trickled in over a series of weeks and often the news wasn’t what I hoped for. And of course, as the rejections come in, I was disappointed, but all the responses I received were so nice – and often very helpful, the excitement of having my work out there still burned strong.

Some months after sending it off, I received a response from Crystal Mahey-Morgan of OWN IT!. The response was a good one, they were keen. I was delighted that a publisher whose previous releases I was hugely fond of appreciated what I had written and the story I was telling. I officially signed a few weeks later.

Now I’ve signed a book deal – something I’ve always craved, I’m starting to realise, that as excited as I am, life must go on. I can’t just sit around until the book is released in April; I can’t let the excitement of it all hinder progression with my PhD and the second novel I’m working (which requires a lot of research). I must be patient, have faith and keep writing.

Be patient, have faith and keep writing.

For a personalised signed copy from the author on publication day pre-order The 392 from the OWN IT! online shop