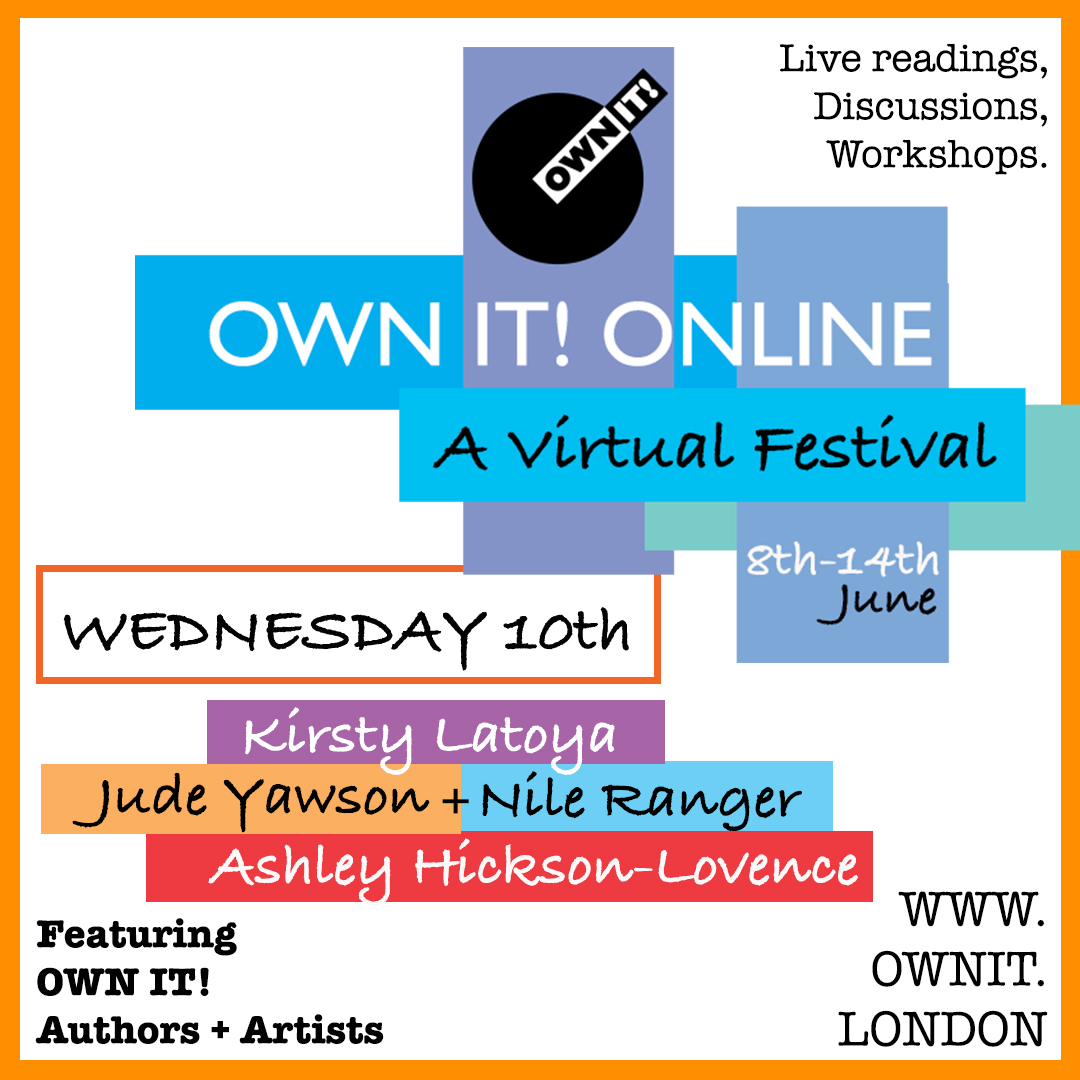 In her workshop on Art, Poetry and Wellness, Kirsty will teach the participants a number of creative and meditation techniques showcasing how to promote positive mental health and wellbeing through digital art and poetry. Introducing drawing and illustration skills using digital media, she will guide the participants in creating new work on the theme of self-love, gratitude and care.

Digital illustrator Kirsty Latoya is the founder and lead artist of KirzArt. She has worked with the BBC, ITV, Huffington Post and most recently MTV. While she is a recognised artist at an international level, Kirsty is especially passionate about making an impact in her hometown London.

Jude Yawson will be in conversation with footballer Nile Ranger about his journey as a professional football player who has played, amongst others, for Newcastle United, Blackpool and Southend United in the English Football League.

Jude is the co-writer and editor of Stormzy’s Rise Up: The #Merky Story So Far and editor of Use Words First poetry anthology in conjunction with BBC 1Xrtra. As an author, Jude writes poetry, articles and essays including his piece “Existing as a Black person living in Britain” that he contributed to SAFE: On Black British Men Reclaiming Space – ananthology edited by Derek Owusu. He is currently working on his unique, genre-bending debut novel which has been described as: Star Wars meets The Wire.

Ashley Hickson-Lovence will read from The 392.

Debut author Ashley Hickson-Lovence’s novel The 392 was met with critical acclaim and enthusiastic reviews by readers and contemporary British authors alike. Ashley is a former secondary school English teacher who grew up on a Hackney council estate and now lives in Norwich while he completes a Creative and Critical Writing PhD at the University of East Anglia. He is committed to changing perceptions and offering nuanced conversations around diversity and how we engage as people and a society through his work.

Told from the perspectives of eleven passengers on a new fictional London single decker bus travelling from Hoxton to Highbury, The 392 uniquely captures the diverse voices of a city divided by gentrification, xenophobia and a tumultuous government and brings them together on a fateful journey under a dangerous threat.