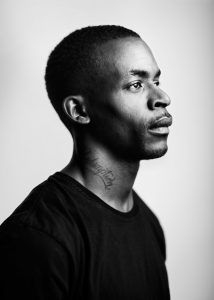 OWN IT! is excited to announce the signing of Robyn Travis, a powerful storyteller and fresh new voice. Travis’ debut book (published in 2013), Prisoner to the Streets, is a raw, honest, moving account of growing up in Hackney and Tottenham. In his first book, Travis shares his journey of going from a young man caught up in London’s inner city “postcode wars”, to becoming a positive leader who turned his life around.

OWN IT! will release Robyn’s next book and first novel Mama Can’t Raise No Man. The narrative is creatively told through a series of letters to and from the main protagonist who unexpectedly finds himself in Prison. The novel explores themes such as what happens when there are a lack of male role models for young men, potential consequences of cheating husbands, and how oppressive forces of society and failed systems can negatively effect individuals and family units. Although Travis tackles hard hitting issues, he does so with his trademark engaging style making this not only an insightful, but also an enjoyable read.

The digital edition will take the form of an innovative and unique multi-media format using digital technology to tell the story in a way that really brings the unconventional narrative technique to life in an exciting new way.