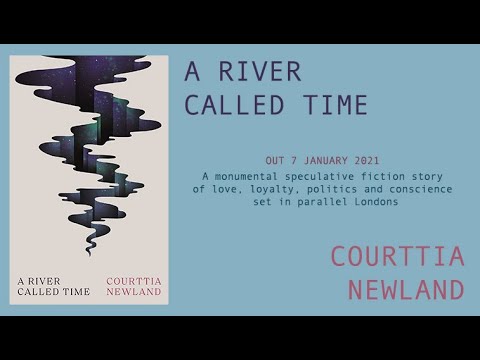 OWN IT! Interviews: Join Jude Yawson – Author of Stomzy’s Rise Up: The #Merky Story So Far – for this absorbing and fascinating interview with the talented Courttia Newland, author of 7 books including his much-lauded debut THE SCHOLAR, to discuss his upcoming Sci-Fi Novel A RIVER CALLED TIME.

An inspirational and empowering conversation any writer should listen to.

The Ark was built to save the lives of the many, but rapidly became a refuge for the elite, the entrance closed without warning. Years after the Ark was cut off from the world, a chance of survival within its confines is granted to a select few who can prove their worth.

Among their number is Markriss Denny, whose path to future excellence is marred only by a closely guarded secret: without warning, his spirit leaves his body, allowing him to see and experience a world far beyond his physical limitations.

Courttia Newland is the author of seven books including his debut, The Scholar. His latest novel, The Gospel According to Cane, was published in 2013. He co-edited The Penguin Book of New Black Writing in Britain, and his short stories have featured in various anthologies and broadcast on BBC Radio 4. He was shortlisted for the 2007 CWA Dagger in the Library Award and the 2010 Alfred Fagon Award. In 2016 he was also awarded the Tayner Barbers Award for science fiction writing and the Roland Rees Busary for playwriting. As a screenwriter, he has co-written episodes of Steve McQueen’s 2020 BBC series Small Axe (See more here).

Jude Yawson is a multifaceted writer of essays, articles, poetry and Film Reviews. In 2018 Jude became an author, co-writing and editing Rise Up: The #Merky Story So Far with Stormzy and the Merky team. Jude curates his eclectic writing through his website turned Blog House Of Horous, where his entire personal writing journey is hosted.

Check out more on Jude here + his website here. 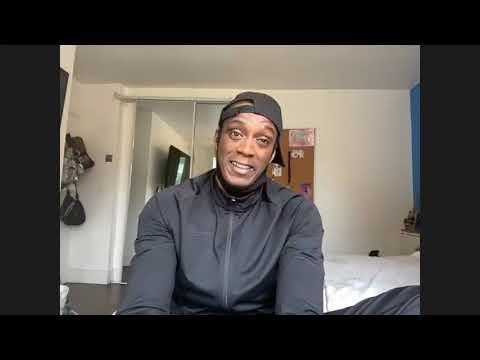 Because Stories Are Life.

Keeping up to date with all things OWN IT!

#FIRST FRIDAYS – ONE SATURDAY IN 82 ON BROADWAY MARKET.

December’s Playlist is built around the late great Stuart Goodman’s photography book ONE SATURDAY IN 82 ON BROADWAY MARKET.⠀
⠀
The songs on this playlist were all released in the UK in 1982, and are reflective of the part of London the photographs were taken. From the burgeoning Dancehall of Jamaica, to New Wave, Pop, Hip Hop and Soul. These songs capture the spirit of the time and place

Here’s a look back at what we’ve published this year.

Goodman speaks of the London that existed before gentrification. An East London native brought up on a Hackney council estate, Goodman had lived in the market and been a shop keeper there for 6 months before photographing it for the first time. ⠀

Get your copy here⠀

HOW TO: Be More Pirate by Sam Conniff + Alex Barker.

The follow-up book to Sam Conniff’s Be More Pirate. Whether you want to overcome personal limitations, upend the status quo in your line of work, or find some co-conspirators, this book will help you to be more radical, relentless, and ambitious in your life and work.

Available in paperback here
and now available as an audiobook from Audible here.

Ify’s powerful memoir is the first book of its kind from the mother of four highly successful British creatives (Skepta JME, Julie Adenuga and Jason Adenuga) to examine the experience of the African diaspora and the complications around immigration from a personal perspective.

Get your copy now from IFYADENUGA.COM, Waterstones, Amazon + All good retailers.

If you missed out in June, you can still catch-up on all sessions via our Youtube channel.

OWN IT! Onlline Fest

A Virtual Festival by OWN IT!

In June of this year, we put on an Online Festival, featuring 20 OWN IT! authors and artists and consisting of workshops, Insta live talks, discussions and conversations, animation, comedy, poetry and live readings.

With 2021 round the corner, look out for these exciting reads to come.

A River Called Time by Courttia Newland. OUT 7 JANUARY 2021

Set in an alternate world where slavery and colonialism never happened, Courttia Newland’s staggering novel is both a timely exploration of social inequality and a story about love, loyalty and the search for the truth. For more information visit here

“Courttia Newland’s alternative, decolonised vision of London is a staggering feat of imagination. There’s so much to love here: an everyman hero who discovers he has abilities that are anything but ordinary, parallel cities across a multiverse, African cosmology belief systems, a keep-them-guessing ending . . . An amazing achievement”

Set in an alternate world where slavery and colonialism never happened, Courttia Newland’s staggering novel is both a timely exploration of social inequality and a story about love, loyalty and the search for the truth. For more information visit here

“A fantastically imaginative story about life, death and everything in between – a potent reminder that life is short and every second should be cherished”

Check out the two editions available of Mrs Death Misses Death. Support local independent bookshops and shop with them to purchase the exclusive edition of Salena Godden’s book in white.

HAPPY HOLIDAYS, from OWN IT! x

This year…give the gift of a story…Because Stories Are Life.

Check out our shop here

It’s been a tough year for all of us, but here’s looking at a better year for everyone to come. Happy New Year from everyone at OWN IT! x