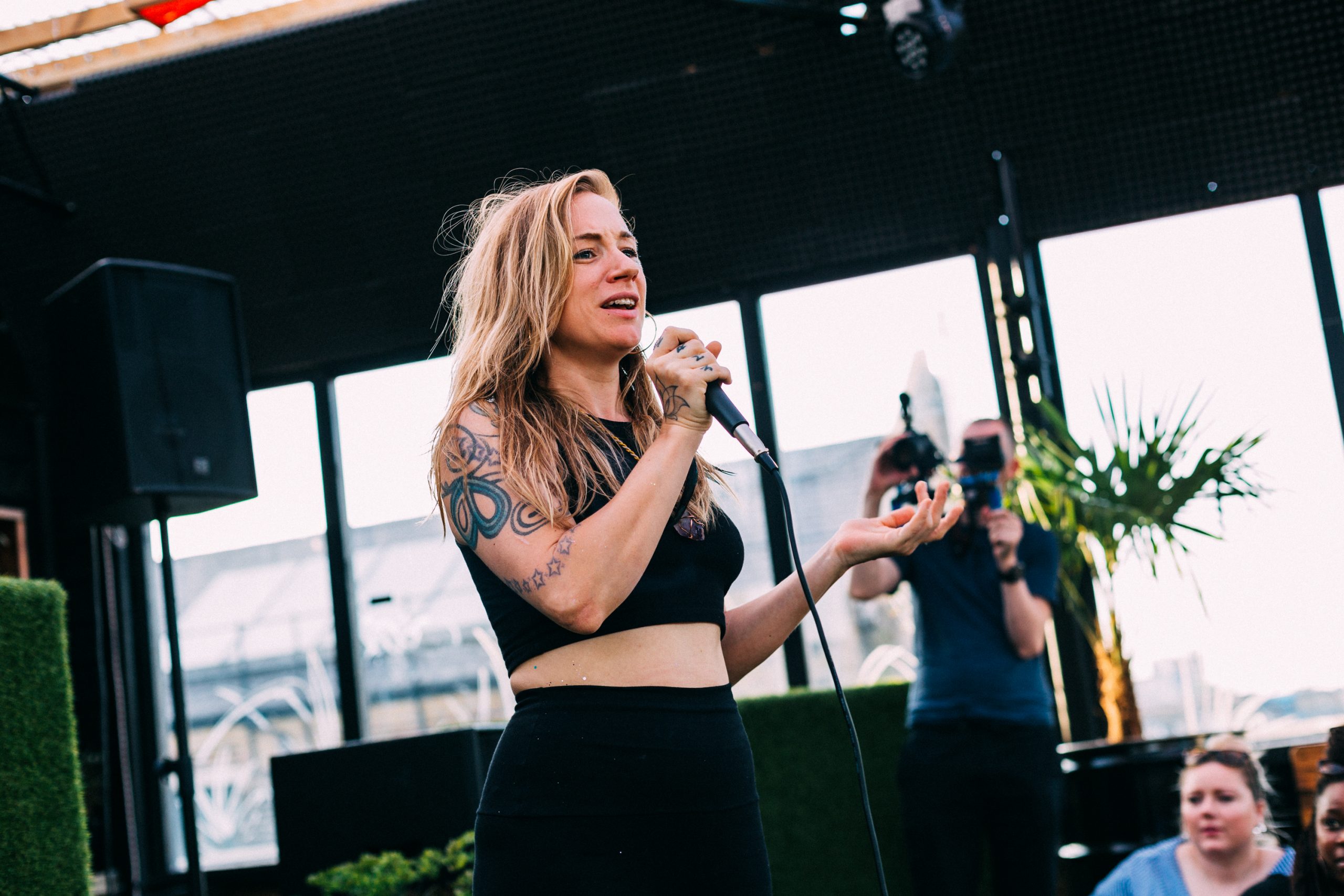 Shauna O’Briain aka MC Angel is a talented wordsmith performing as a spoken word artist and hip hop emcee as well as writing page poetry. She has been filmed by Red Bull TV, BBC3 and Channel 4 for the “Women in Hip Hop” project. She’s appeared on BBC 1xtra Live Lounge as part of their spoken word season and has performed up and down the country at festivals including Latitude, Secret Garden Party and Drop Beats Not Bombs. She is currently the resident MC for Morning Gloryville, a sober movement which has seen her share the stage with the likes of Fat Boy Slim and Basement Jaxx.

Shauna O’Briain aka MC Angel is author of Moments of Significance, a non-linear memoir packed with poetry, prose, fragments of memories and mediations on life, philosophy and politics from an uncompromising voice. Told through Shauna’s personal experiences of growing up on an inner-city London council estate as a White Working Class Queer woman, Moments of Significance is an exploration of society and the political told through a very personal collage of experiences.

We publish Shauna O’Briain through OWN IT! Stories and also represent her for Film and TV rights.