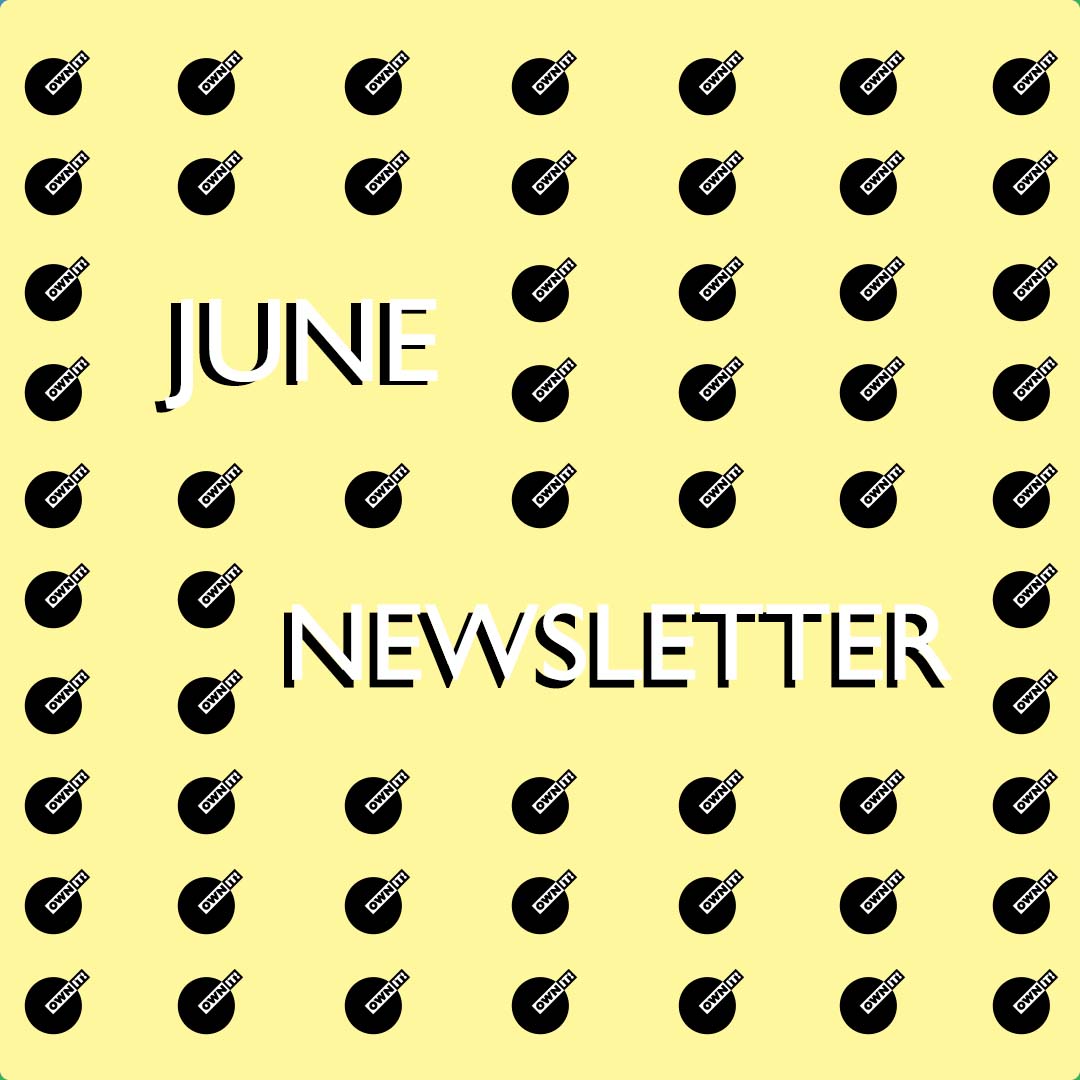 KEEPING YOU UP TO DATE WITH ALL THINGS OWN IT!

The £5,000 prize, open to both fiction and non-fiction, is now in its ninth year and recognises “literature that is forward-thinking and fearless in both ambition and execution”.

Read the full article in The Bookseller here.

We’ve done a 2-book deal for Derek Owusu with Canongate.

We’ve done a 3-book deal with HarperCollins, for the creators of Slay In Your Lane, Yomi Adegoke and Elizabeth Uviebinené. For a new children’s range: The Offline Diaries

Promising one of the most exciting middle-grade moments of the year, The Offline Diaries is a fresh, funny and contemporary story of friendship, told in the captivating voices of Ade and Shanice – two utterly unforgettable Year 8 girls – who will seize the hearts and imaginations of readers everywhere.

Ade is about to start at a new school. She is NOT happy with her stepdad for making them move here. Shanice has been at the school for a year already. Since her mum died, she’s been living with her dad and annoying older brother, spending most of her time outside school in her dad’s hair salon. When Ade and Shanice meet in the salon, and spot each other’s diaries, an instant friendship is formed, and they start to chat online . . . but offline is a whole other story!

The Offline Diaries launches in hardback on 11 November 2021, with full black-and-white illustrations throughout and simultaneous e-book and audio publication.

6 OWN IT! authors contribute to THE PLACE FOR ME: STORIES ABOUT THE WINDRUSH GENERATION

On the 22nd of June, we celebrated the anniversary of the arrival of the SS Empire Windrush in 1948 and the 40th anniversary of the heritage centre and charity. This year, we suggest getting a copy of THE PLACE FOR ME: Stories About the Windrush Generation, For 8+ readers, a beautiful, moving and authentic archive of stories, inspired by the real people of the Windrush Generation. Featuring 12 stories inspired by the people of the Windrush generation, drawn from Black Cultural Archives. Including a foreword by Baroness Floella Benjamin and 10 contributing authors who all have a connection to the Windrush generation, including OWN IT!’sKevin George, Salena Godden, Ashley Hickson-Lovence, Jermain Jackman, Kirsty Latoya and Quincy The comedian

Get your copy here

OWN IT! #FirstFridays PLAYLIST

Get your copy of MOMENTS OF SIGNIFICANCE here.

OWN IT!’s #FirstFriday’sThis months playlist is inspired by MC Angel’s memoir MOMENTS OF SIGNIFICANCE, where she shares personal experiences of growing up on an inner-city London council estate as a White Working-Class Queer woman. Shauna’s words are an exploration of society and the political told through a very personal collage of experiences.

This playlist takes a ride through themes of the book with help from artist like Missy Elliot, Bronski Beat, The Internet, Task Force, Shay D and James Taylor.

On the 22nd of June we celebrate the publication anniversary of JJ Bola’s debut novel NO PLACE TO CALL HOME.

We published NO PLACE TO CALL HOME 4 years ago now and holds a very special place in our hearts.

Get your copy HERE.

Join us for @IfyAdenuga’s NATIONWIDE BOOK TOUR! In celebration of the paperback publication of her critically acclaimed memoir, ENDLESS FORTUNE, we’ll be kicking things off on the 10th of July with the Migration Matters Festival, in Sheffield!

IN OTHER OWN IT! NEWS

Reggie Nelson for LORD MAYORS APPEAL CHARITYLondon is one of the most diverse cities in the world, yet many people face significant barriers to getting a job or progressing their careers in the City.

The Lord Mayors Appeal’s new campaign #ChangeStartsTogether aims to raise awareness of the importance of social mobility within the City of London & across the UK and Reggie Nelson is thrilled to have taken part in it, telling his own personal story. Find out more here.

The whole of June and in particular the 28th of June (Stonewall Uprisings) serve as a reminder of the power of standing together in defiance of those who seek to divide us. This Pride, we suggest this OWN IT! read.

Get ready for Euro 2020 with Kevin George’s, Soccology. Invaluable for the modern footballer and fascinating for anyone intrigued by the incredible connections between the heart, mind and body, Soccology contains lessons far beyond the beautiful game in how to be the best version of ourselves.

Get you copy here.