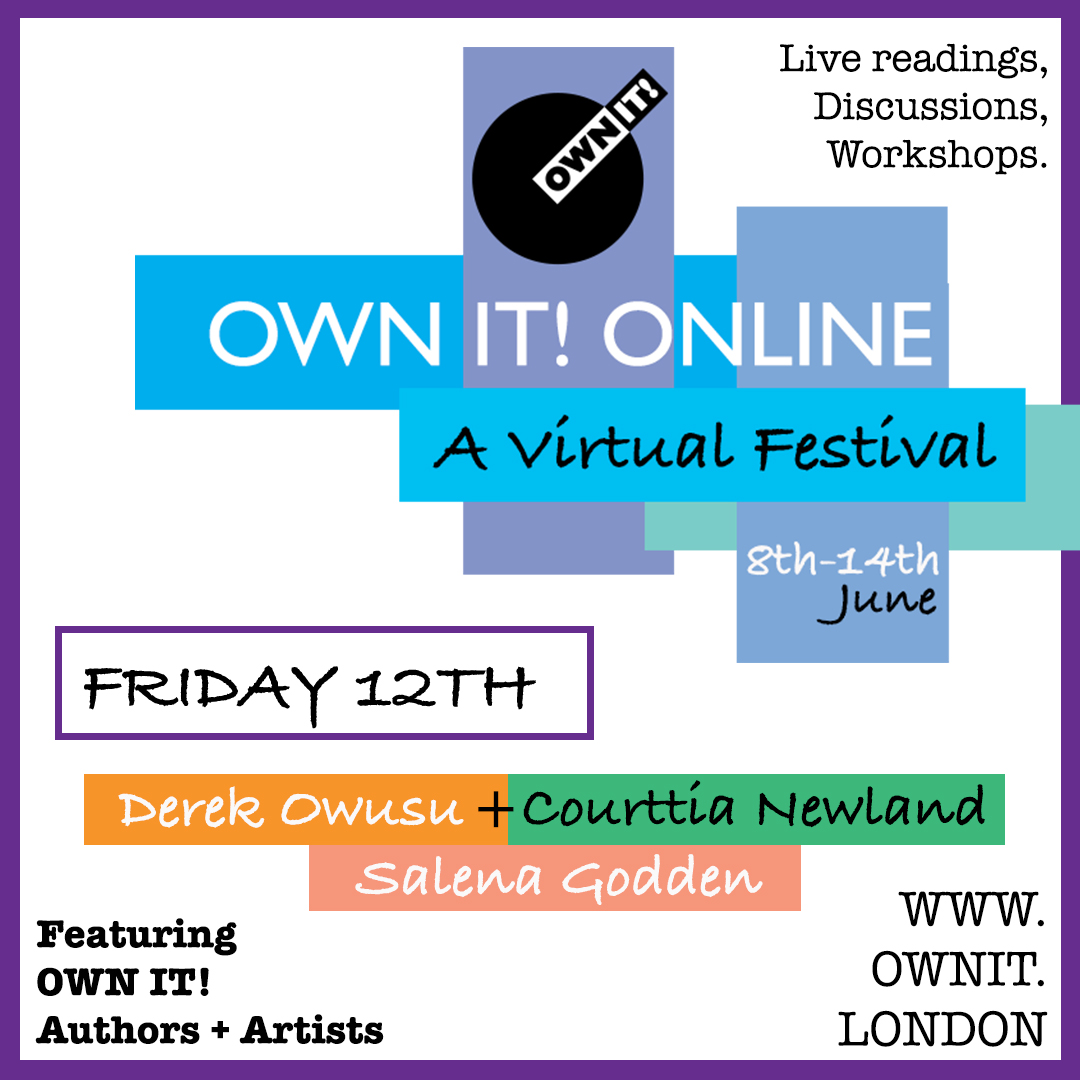 Derek Owusu in conversation with Courttia Newland to discuss The Black British Novel – then and now.

Derek Owusu is an author, poet and award-winning podcaster from London. He has written for several publications and collated, edited and contributed to SAFE: On Black British Men Reclaiming Space – an anthology exploring the experiences of Black men in Britain. His critically acclaimed debut That Reminds Me merges poetry and verse  and has recently been longlisted for the Desmond Elliot Prize. It is the first novel to be published by Stormzy’s imprint #MerkyBooks.

Literary hallmark Courttia Newland is an important voice in contemporary British literature and the writer of seven works of fiction including his widely celebrated debut novel The Scholar. In 2016, Courttia won the Tayner Barbers Award for science fiction writing and the Roland Rees Busary for playwriting. He is also an associate lecturer at the University of Westminster where he teaches Creative Writing while completing his PhD. His new speculative fiction novel A River Called Time is set in a parallel London and will be published by Canongate in January 2021.

For the first time, Salena will perform a live reading from Mrs Death Misses Death

Salena Godden is a renown poet and performer based in London. She has a longstanding career as an activist, broadcaster, memoirist and essayist and is widely anthologised. In December 2018 BBC Radio 4 broadcast a documentary which followed Salena for 12 months while she worked on her debut novel Mrs Death Misses Death which will be published by Canongate in January 2021. Seamlessly blending literary forms, the novel tells the story of the friendship between Wolf, a troubled young writer, and Death, personified as a homeless black woman who shape-shifts. Salena herself describes it as a celebration of the everyday miracle of our survival.