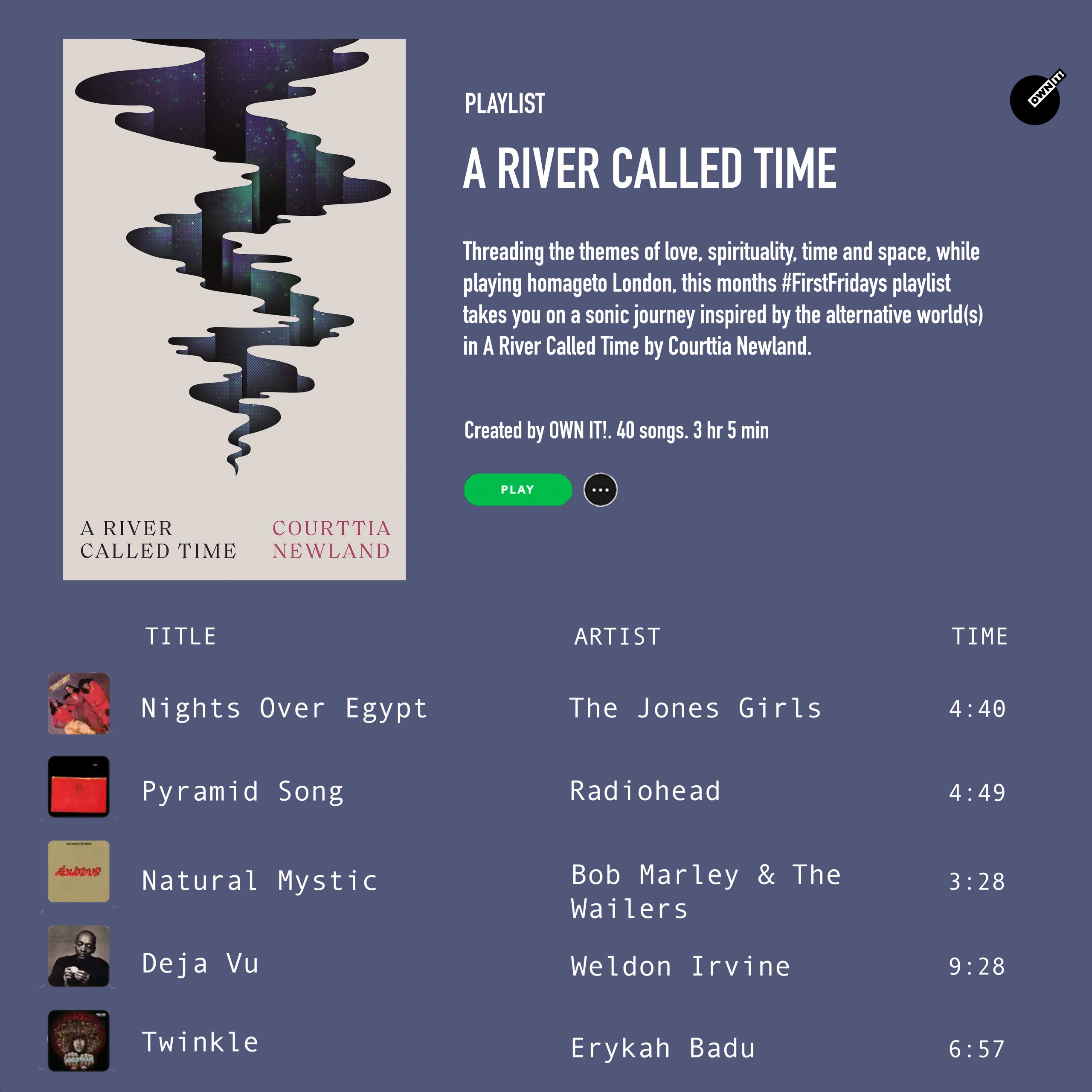 Threading the themes of love, spirituality, time and space, while paying homage to London, this month’s #FirstFridays playlist takes you on a sonic journey inspired by the alternative world(s) in A River Called Time by Courttia Newland.

A universe where slavery never happened and African, Asian and ancient philosophies permeate the psyches and lives of its inhabitants. From hiphop, jungle and garage to soul, Jazz and rock, the journey begins…

A River Called Time is Courttia Newland’s first speculative fiction novel and sees an alternative London, devastated by war and climate change and divided into a wealthy Inner City and poverty-stricken Outer City.

The Ark was built to save the lives of the many, but rapidly became a refuge for the elite, the entrance closed without warning.

Years after the Ark was cut off from the world, a chance of survival within its confines is granted to a select few who can prove their worth. Among their number is Markriss Denny, whose path to future excellence is marred only by a closely guarded secret: without warning, his spirit leaves his body, allowing him to see and experience a world far beyond his physical limitations.