Skip to content Skip to main menu
Home › PLAYLISTS › #FirstFridays – ONE SATURDAY IN ’82 ON BROADWAY MARKET. 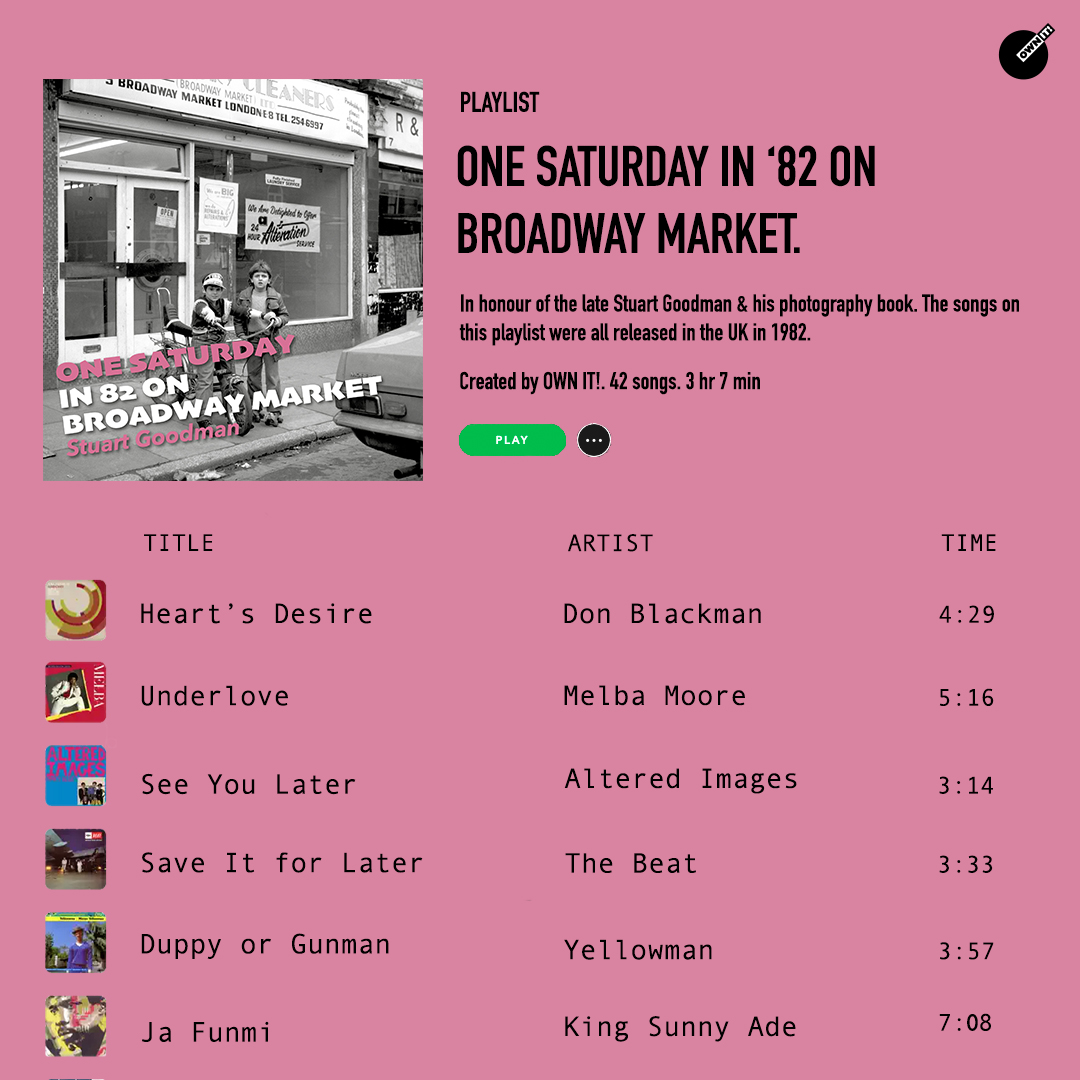 From the burgeoning Dancehall of Jamaica, to New Wave, Pop, Hip Hop and Soul. These songs were all released in 1982 and we hope capture the spirit of Hackney at that time.

One year after the Brixton and Toxteth riots, and one month before the start of the Falklands war, the photos in the book ‘One Saturday in 82 on Broadway Market’ capture a moment in time in March 1982 on an east London market in Hackney, that had seen better times.

Captured by the late great Stuart Goodman, who sadly passed away one month after the release of this book (in March 2020).

The songs on this playlist were all released in the UK in 1982, and are reflective of the part of London the photographs were taken. From the burgeoning Dancehall of Jamaica, to New Wave, Pop, Hip Hop and Soul. These songs capture the spirit of the time and place.

These black and white photos candidly picture the lives of shoppers and shop owners on this East London market in Hackney, which has since become unrecognisable. ONE SATURDAY IN 82 ON BROADWAY MARKET preserves images of an East London landmark that has changed from desolation row to one of London’s trendiest markets.

Also featuring Stuart Goodman’s account of his and Stephen Selby’s role in setting up a community initiative to save Broadway Market from demolition, Goodman speaks of the London that existed before gentrification. An East London native, brought up on a Hackney council estate, Goodman had lived in the market and been a shop keeper there for 6 months before photographing it for the first time…

Purchase your copy of Stuart Goodman’s One Saturday in 82 on Broadway Market here.