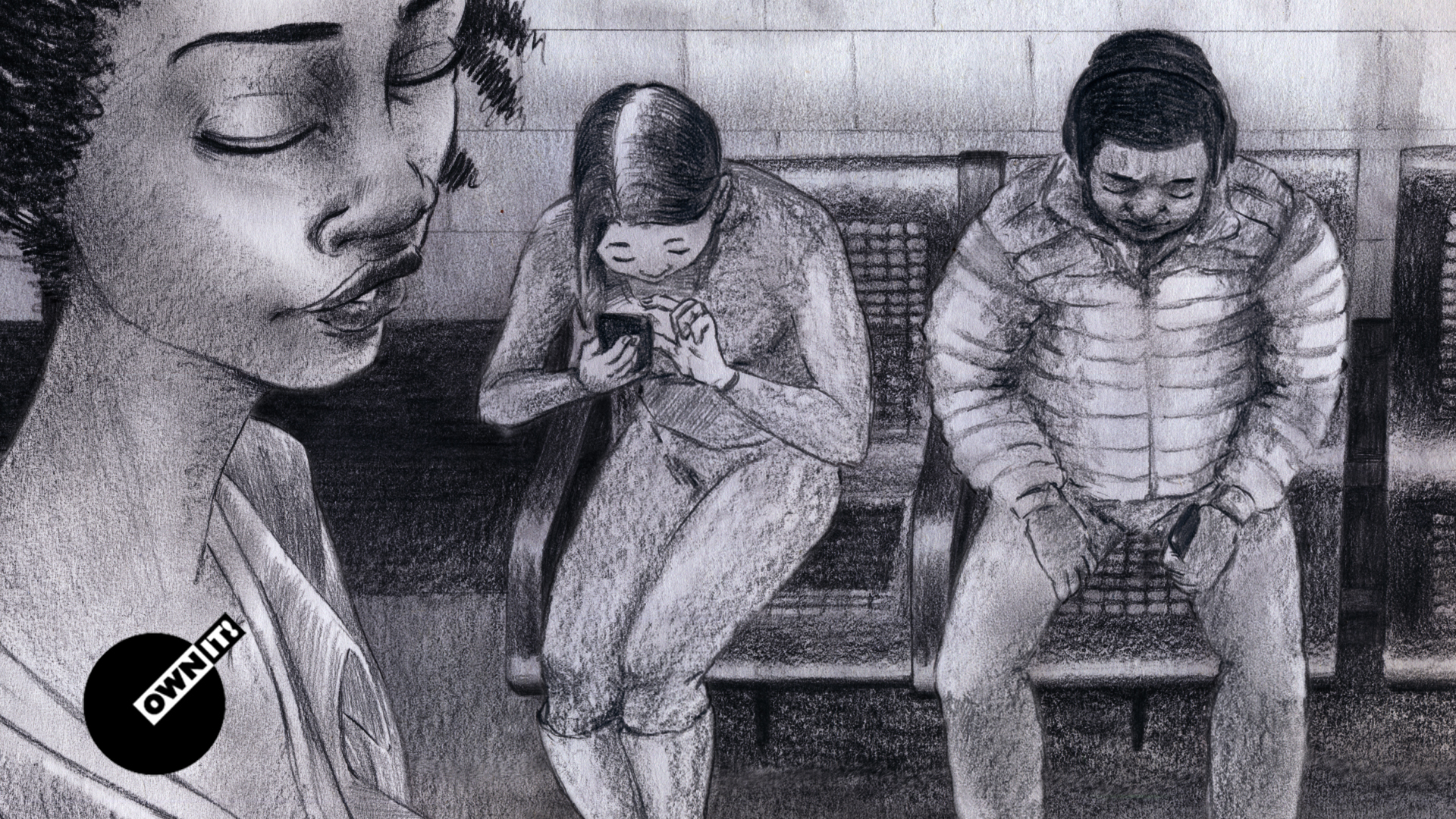 OWN IT! is delighted to announce the publication and release of a digital multi-media animated song and book, DON’T BE ALIEN on 30th November 2015

With lyrics and composition by Cuba, vocals by Call Me Unique, animation by Ewan Green and music production by The Next Room Studio, DON’T BE ALIEN weaves together lyrics, music and animation to create a multi-layered way to experience the story within a song, and a song within a book, offering a truly immersive experience.

Here we share an exclusive still taken from the animation created by the very talented Ewan Green. DON’T BE ALIEN will be released as a stand alone song, as well as a digital multi-media book which will include the song, animation, lyrics and stills. The book will also include a behind the scenes ‘making of’ story which gives readers fascinating insights including: how the animation was created, a chance to see the unpublished sketches that underpinned the process, plus a visual experience showing how the characters and settings were created and changed as the project developed.

DON’T BE ALIEN has been an excitingly collaborative process bringing together a songwriter, animator, singer and music producers to create one story originating from a song written by Cuba and told in multiple entertainment forms by several artists.

OWN IT! founder Crystal Mahey-Morgan commented

‘Defining artistic ideas in terms of them just being a book, a song, a film or anything else is no longer relevant as we’re now able to tell stories across all of these formats simultaneously. It’s extremely exciting to be working with this talented collective of creatives to bring DON’T BE ALIEN to market in such a new, fluid and immersive way’

DON’T BE ALIEN will be available to buy as a stand alone song and a separate multi-media digital book from the 30th November 2015 via the online OWN IT! shop and all good digital retailers.