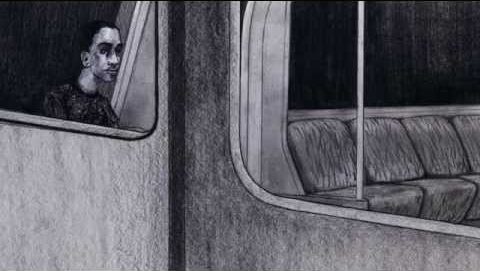 DON’T BE ALIEN is one story (originating from a song written and composed by Cuba) told across multiple formats and mediums including as a film, a book and a stand-alone song.

DON’T BE ALIEN: The Film, is an animation accompanying the song and can be viewed above.

DON’T BE ALIEN: The Immersive Book Experience includes the song and animated film, the lyrics set against illustrations, plus a special behind the scenes ‘making of’ story including bonus videos, unseen sketches and insights from the makers/contributors. It is available to buy from Apple iBooks and the OWN IT! shop.

DON’T BE ALIEN: The Song is available to buy as a stand alone song for those who just want to engage with it as a listening experience from Apple iTunes and the OWN IT! shop

DON’T BE ALIEN has been tipped by The Bookseller Magazine as one of top 5 innovative books to look out for and offers a new immersive and multi-media way to experience a story across mediums.