We’re delighted to reveal the cover for Jill Johnson’s forthcoming debut novel The Time Before The Time To Come publishing in hardback and eBook on 19th July 2018.

Set between London and New Zealand and intertwining past and present, The Time Before The Time To Come follows Victoria’s journey as she rediscovers her Maori heritage and embarks on a path of self-discovery,
unwrapping layers of her past to try to make sense of her present.

The Time Before The Time To Come beautifully encapsulates the family ties that exist from one generation to the next
and explores the significance of holding on to your heritage as a way of not letting go of yourself. With strong women,
epic journeys and heartbreaking revelations this is at its heart a book of hope and love.

Jill Johnson has lived in South East Asia, Europe and New Zealand. She has owned an editorial cartoon gallery, a comic shop and has been involved in a graphic novel publishing house and now lives in London with her children. The Time Before The Time To Come is inspired by her Maori heritage.

Pre-order now and receive a personalised signed copy from the author on publication day: 19th July 2018 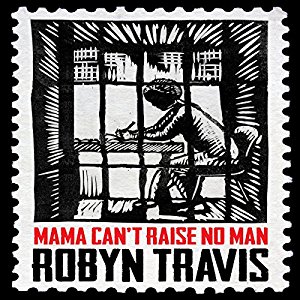 We’re delighted to share that Robyn Travis’ debut novel Mama Can’t Raise No Man which published in Hardback and eBook in 2016 is now also available as an Audiobook via Audible with a brand new cover. The paperback will follow shortly and also use the new jacket design.

Mama Can’t Raise No Man is a unique and eye-opening exploration of black masculinity. Brimming with intelligent and thought provoking ideas, it cleverly challenges different definitions of manhood, whilst remaining an engaging, witty and at times laugh-out-loud-funny novel.

The novel unfolds through a series of letters between a colorful cast of characters and the main protagonist, Duane, who despite his efforts to turn his life around, once again finds himself in prison. Hearing Robyn’s work brought to life in audio format is a whole new experience and one not to be missed.

‘No Place To Call Home’ by JJ Bola is a stunning debut novel with a colourful cast of characters and luminous prose. A tale of belonging, identity and immigration, of hope and hopelessness, of loss –not by death, but by distance– and, by no means the least, of love.

The book launch took place at Dalston Roof Gardens on 20th June and included performances by Anthony Anaxagorou and MC Angel. The novel published in Hardback and eBook on 22nd June. 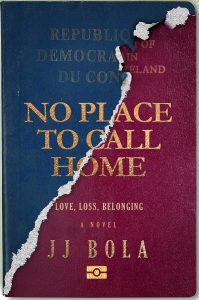 No Place To Call Home is available here 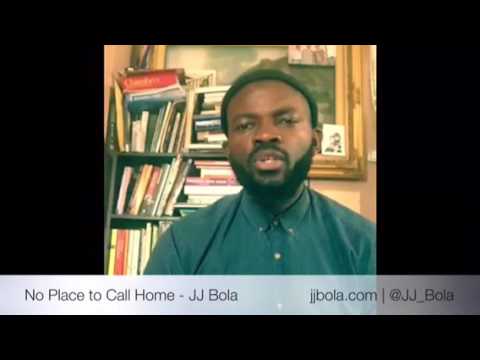 OWN IT! is excited to announce that it will publish JJ Bola’s brilliant debut novel, No Place to Call Home in June 2017.

With great characters and seamless prose, set between London and the Congo, No Place to Call Home is a tale of belonging, identity and immigration, of hope and hopelessness, of loss –not by death, but by distance – and, by no means the least, of love.

JJ Bola is a well-respected London poet who has built a strong reputation on an international stage (he currently holds the Oakland Poetry Slam title). He is also an educator as well as the creator of the increasingly popular adage ‘Hype your writers like you do your rappers’.

His agent Maria Cardona said, ‘At the Pontas Agency we couldn’t be more delighted. JJ Bola is a very special writer with a unique voice. OWN IT!’s passion and vision for this debut is exactly what we were looking for and we expect great things. There’s already been much registered interest from different corners of the world.’

Crystal Mahey-Morgan, Publisher at OWN IT! says, ‘JJ Bola is a beautiful storyteller and this is a unique and accomplished novel made all the more exciting by the fact that it’s a debut. It is both light of touch but deep in feeling and meaning. Full of localised nuances in different times and places and masterfully woven together to simultaneously capture the essence of human heartache and human triumph. I’m confident that JJ has an exciting career as a literary fiction author ahead of him and I couldn’t be happier that OWN IT! will be a part of his journey from the very beginning’.

For more info on JJ Bola and his work, please visit: www.jjbola.com