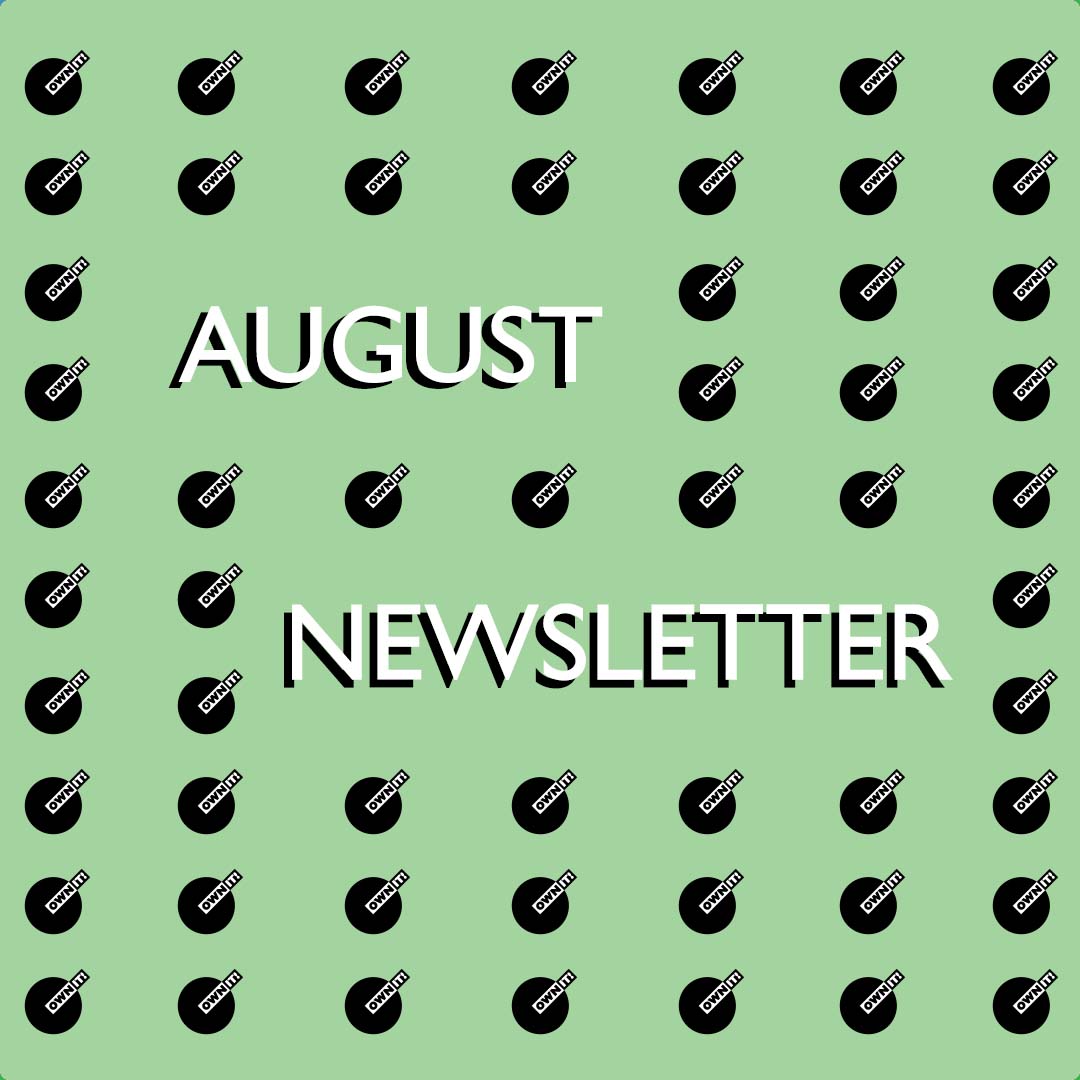 Keeping you up to date with all things OWN IT!

We are so excited to be publishing SASHA KNIGHT, the debut novel from Sean Godfrey, in SPRING 2022.

Alternating between past and present, shifting back and forth from Jamaica and the United States, SASHA KNIGHT picks apart the puzzle left behind when 11-year-old Sasha disappears. Everyone seems convinced that she has simply run away. Sometimes, on the good days, when she isn’t talking to him, her 9-year-old best friend Matthew believes it too…

A coming-of-age tale, portraying the perils of toxic masculinity and the damaging effects of emotional trauma.It also touches on the deep-seated class and colour divide in Jamaican society during the late 70’s and 80’s. A genre bending mashup that shakes the senses and tears at your heart.

Inspired by Jill Johnson’s THE TIME BEFORE THE TIME TO COME and influenced by Māori culture, this month’s #FirstFriday’s Playlist takes you on a journey of revelations and self-discovery, exploring the significance of holding onto your heritage as a way of not letting go of yourself.

Get you copy of The Time Before The Time To Come by Jill Johnson at WWW.OWNIT.LONDON/SHOP

NOW AVAILABLE AS AN AUDIOBOOK

THE 392 – the debut novel from Ashley Hickson-Lovence – is now available as an Audiobook via Audible.

Featuring 9 narrators and set entirely on a London bus travelling from Hoxton to Highbury, taking place over just 36 minutes, the events of The 392 unfold through a cast of charismatic characters coming from very different worlds. These Londoners share two things: a bus journey and a threat. A threat which is ready to blow apart everything they know.

NOW AVAILABLE IN ALL FORMATS

A captivating journey from the formidable Ify Adenuga, mother of Skepta, Jme, Julie and Jason Adenuga.

Part historical, part political but most of all hugely inspirational, Endless Fortune tells the life story of Ify Adenuga: A fighter, a thinker, a feminist and a parent. Born in Lagos, Ify’s life was uprooted by the Nigerian civil war, which ravaged the country in the mid-1960s, forcing her family to flee. In 1980, she headed to London in search of a better life where, a year later, she met her husband Joseph Senior at their workplace – a bingo hall in east London.

In the tough working-class area of Tottenham, the couple raised their four children, Skepta, Jme, Julie and Jason Adenuga and encouraged them to explore their artistic instincts, narrowly avoiding a violent situation that threatened to tear the family apart…

VISIT WWW.OWNIT.LONDON/SHOP TO GET YOUR COPY TODAY

OR VISIT AUDIBLE TO DOWNLOAD YOUR AUDIOBOOK – WITH AN INTRO FROM IFY ADENUGA, FEATURING SKEPTA’S MERCURY PRIZE SPEECH.